The Matthew C. Sellitto (MCS) Foundation was established after Matthew’s death on September 11, 2001 to make something positive out of a tragic loss.   Since its inception, MCS has awarded scholarships to students attending various institution and summer programs and in conjunction with the 9/11 Tribute Center in New York City, has supported educational programs to provide students with a greater understanding of the events of 9/11.

After the sudden death of Matthew’s brother Jonathan in March, 2017, the Foundation has established an endowment at the Portsmouth Abbey School in Rhode Island which will focus on the culinary arts program and volunteerism.

This year’s Golf Outing will be at Ballyowen Golf Club in Hamburg, NJ.

From the time he was in eighth grade, Matthew dreamed of working in Finance.  He was ecstatic to work as a college intern with Paine Webber in Vermont and it was a dream come true when he obtained a position with Cantor Fitzgerald at the World Trade Center.  Determined to succeed, every workday he made sure he was the first in and the last to leave.  Hired as a trainee in the brokerage firm’s Interest Rate Derivatives Group, he was promoted in less than six months.    He began his new job on September 10, 2001.  Read more . . .

Jonathan was the younger of the Sellitto brothers and from the time he was a small child, he was passionate about life and all it had to offer.  With an unbelievable spirit, a fearless sense of loyalty and an endless range of humor, Jonathan’s life and future took a sudden turn on 9/11 when his brother was killed in the World Trade Center; many of the future plans they had made together were tragically lost.  Read more . . . 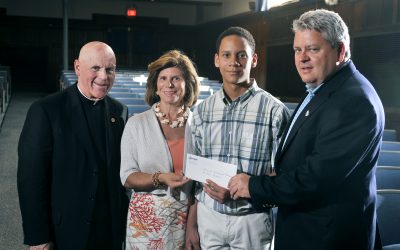 Mikael is currently a senior at Seton Hall Prep where he maintains a GPA of 4.4 and participates in numerous school activities. He continues to be involved in Future Business Leaders of America, the West Indian organization and has been elected team manager of the...

END_OF_DOCUMENT_TOKEN_TO_BE_REPLACED 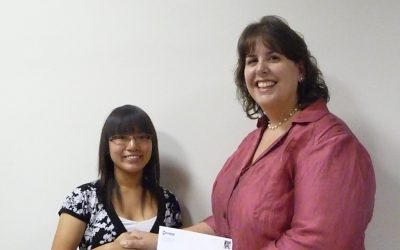 The 2011 valedictorian of Warren Hills High School, Mary just completed her sophomore year at Villanova University with a double major in history and Spanish. A dean’s List student, Mary par-ticipated in mock trial and is a member of RUIBAL, a service organization...

END_OF_DOCUMENT_TOKEN_TO_BE_REPLACED

A caddy at Somerset Hills Country Club since 2007, Jack is a graduate of Seton Hall Prep and has completed his freshman year at Franciscan University in Steubenville, OH with a dual concentration in Philosophy and Theology. An honors student, Jack is involved in...